What is Sketchup: 3D graphics application but also much more

It is one of the most famous 3D modeling applications both in the graphic sector and in the construction sector, a software that is as “simple” and intuitive to use as it is effective in graphic rendering, therefore suitable for both 3D modeling enthusiasts and design professionals. construction, but to tell the truth its malleability allows it to be used also in different fields such as the conception and development of videogames, or design. Let’s find out more, starting with its different versions.

Sketchup represents, to date, a very important application in the graphics and construction sector, capable of substantially directing towards the correct and adequate three-dimensional modeling: initially conceived and produced by the company @Last, it is suitable both for use on Windows and for the Mac. Its main objective is to make architectural and urban planning possible in the most suitable ways in the sector. Generally suitable for use by professionals in the construction sector, such as architects and civil engineers, in some cases, it is also related to the possibility of designing and developing video games.

It was born from @Last – which was founded in 1999 by Brad Schell and Joe Esch – the software that is known today, in the professional world of architects, engineers, and professionals in the construction sector and beyond – we know that it is an application also suitable for video game development – with the name of Sketchup. It is a software that makes it possible to design and promote three-, graphic modeling, and for this reason, it is produced both to make the graphic programming of video games easier, and, more specifically, to be used by designers. for urban planning, engineering, and architecture. 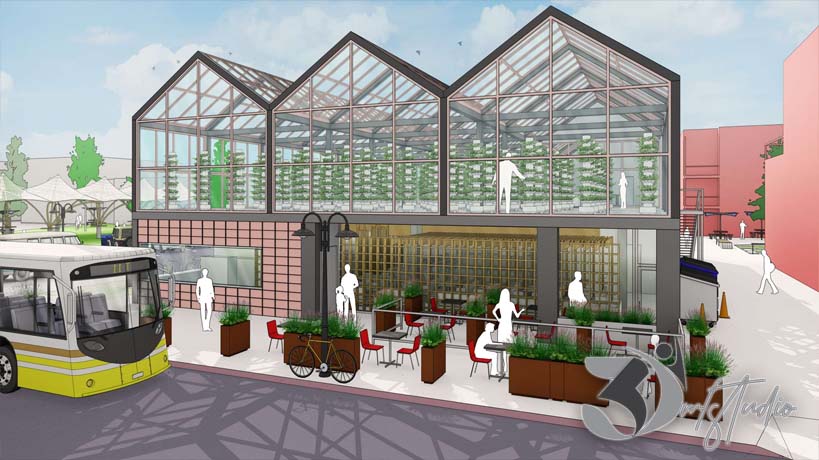 History of Sketchup: evolution of a program that has always improved in its versions

It was born from the company @Last and its main objective was the answer to a very simple need, that is to make it possible to transpose the graphic idea into a digital version, exactly as it was possible through the use of paper and pencil. , but in an even more advanced and therefore intelligent way.

To date, there are different versions of this program: on the one hand, it is possible to use the SketchUp Make version which is most suitable for those who make this program a simple use, therefore domestic and without special needs. This version, therefore, has a free license, which can be used free of charge by everyone, and alongside it, there is also the possibility of expanding the functional features of this program with a more complete and complex version, which is the paid version SketchUp Pro. the third version is the one suitable for training, and therefore takes the name of Academic as it is particularly suitable for students, teachers, and in general for institutions that aim to teach the characteristics and use of this program.

Finally, each of these versions corresponds to certain characteristics of use that it is good to know before adopting the program. In summary, therefore, there are three specific versions of Sketchup:

· Sketchup Make a basic version, totally free as it is distributed only for domestic purposes and for personal use. The advantage of this version consists in being able to test all the possibilities of use of the three-dimensional graphic modeling program, totally free of charge: however, if the use of the software were also to be commercial, this version would not be sufficient as it still contains some limits. The personal license for hobbyists and non-professionals includes, among other things: connection with 3D Warehouse; support for Mac and Windows; Import from Google Earth; the possibility of extensions and plugins; possibility to model from images with the “Match photo” tool.

As anticipated in our table, this is the basic version of the software that is distributed to the public free of charge exclusively for home and personal use.
This version has become famous for having made available to everyone the potential of Sketchup, making it possible to have a rich taste of what is the potential of this three-dimensional modeling program on a freeway.
Among its functions we mention:

These and many others are the potentialities granted with the personal and free license of the program which, however, we specify, is suitable for simple hobbyists and people who do not need greater potential for professional reasons.

· Sketchup Pro: it is the next version to the basic one, which is much more full of additional tools, which can also be used for professional and therefore commercial purposes. You can test this version with a 30-day demo, after which the purchase is required to continue using the product. It includes, among other things, several additional possibilities such as advanced modeling tools and cameras, BIM classification, additional modules for layout, printing, and graphic customization.

This is the next version to the basic one, which is much more full of additional tools, which can also be used for professional and therefore commercial purposes. It is possible to test this version with a demo lasting 30 days, after which the purchase is required to continue using the product.
It includes, among other things, several additional possibilities such as:

· Sketchup Academic: this is the educational version, suitable precisely for the commitment of the teacher, of the school that tends to teach the use of this program for specific purposes.

We come therefore to the training version, developed specifically to be used by teachers who, within specific school settings, must instruct students about the use of the potential of this program.

From April 26, 2012 – after an initial moment of March 14, 2007, when the company that produced the software was taken over by Google – the purchase by the Trimble Navigation company took place.

What is Sketchup for: what are the program’s features and characteristics

Specifically, then, it is very simple to use, with an orientation not only to graphic and conceptual design but also to technical design: the rendering is not photorealistic even if it occurs in real-time and even if it is still possible to add this possibility. through the specific implementation of additional plugins.

Among the other features and features that make the use of this program very interesting, we mention:

3D modeling is versatile and responds to the need to transfer intuitiveness and drawing speed digitally, exactly as it happens with paper and pencil;
It is powerful and fast in the production of even two-dimensional as well as three-dimensional shapes;
It is quick to use but also easily understandable, therefore clearly intuitive also thanks to the introduction of an inference engine or intelligent design that supports the designer in his creations which, in this way, become easier to obtain;
It is particularly suitable for all types of representation – even stage animations – and therefore ideal for use with isometric axonometry, and different perspectives such as the three-focus and the two-focus one).

Actors of the project: who can use Sketchup

As has already been specified in the descriptions of the graphic and three-dimensional modeling program, the software makes it possible to use modeling, and various specific tools such as graphic and technical drawing, not only for domestic and therefore personal use but also for professional and therefore commercial use.

Therefore, among the specific actors of this project, there are, on the one hand, simple hobbyists and those who, despite not having specific skills and having no need to learn these skills, “delight” in drawing and modeling and have the possibility to do it through a functional and complete program already in its basic version.

The basic version, therefore, still allows you to get many possibilities even if you do not upgrade, but it is good to know that in any case, it has quite understandable limits because it is not a version for professionals. The latter is a version that collects further possibilities and is also oriented toward specific professional and commercial purposes.

In any case, therefore, the possible actors of this program are:

Knowledge and Skills: Who can use this program

SketchUp can be used, as has been specified, by different actors, i.e. both by chlorine who have a specific basic preparation and who are therefore trained for the use of the program, and by those who, on the other hand, have no training specific.

The former will have no interest in using a professional version – mostly hobbyists – while the latter will appreciate the paid version: in this case, it may be especially suitable for graduates in Architecture or Engineering or equivalent, being precisely suitable, SketchUp, for use also in urban planning as well as in specifical construction but also the development of video games. In addition, those who appreciate this version may also have a specific interest in the use of the educational and academic version, thus taking advantage of the opportunity to deepen and improve their skills in the sector.

New in the construction sector: SketchUp is always in step with the times

It is always in step with the times and has always tried, since the beginning of its production, to always offer the best to the categories of professionals who use the software for three-dimensional graphic modeling. There have been several evolutions over the years and now the program – especially in its most complete version – offers several additional features that are worth knowing and, therefore, using.

To date, it is also possible to use a specific library of Trimble 3D Warehouse components which also allows for the sharing, as well as the search, of two-dimensional models. Furthermore, the various plugins available make the program further usable in a complete way, also thanks to the various extensions that are available today.

END_OF_DOCUMENT_TOKEN_TO_BE_REPLACED

How to select a 3D architectonic rendering creation agency on its portfolio?

The 3D rendering creative agency helps architects and interior designers to present and win presentations with excellent visuals. However, not all 3D providers offer the same level of services. Their errors can occur and result in a quality of rendering much lower...

END_OF_DOCUMENT_TOKEN_TO_BE_REPLACED 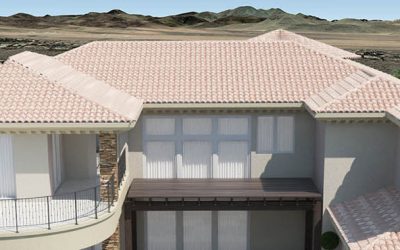 3D photomontage: how does rendering fit into a photograph?

Would you like to see your project in a specific environment? Or photo-insert your object in a more welcoming environment? Photomontage will then be your ideal answer.  Before starting, I'll briefly tell you what a 3d photomontage is and what it is for. The photo...